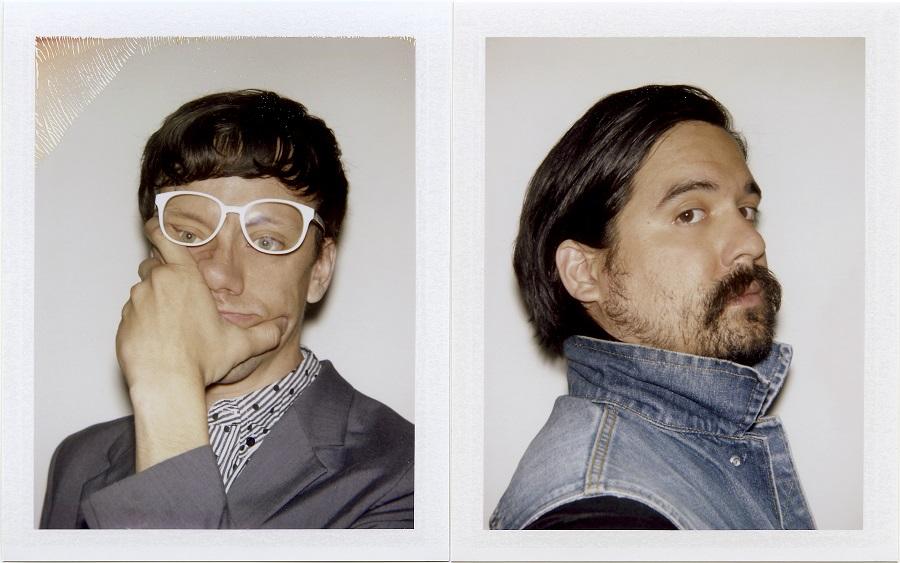 People may be familiar with Man Man’s new single “Head On,” which is a manual for anyone learning how to love in a bitter situation with lyrics such as “hold on to your heart/hold it high above flood waters/hold on to your heart/never let nobody take it under.” They’ll be riding out on tour starting Sept. 19 with their new album, “On Oni Pond.”

The band’s multi-instrumental cache allows the band to do whatever they want to do musically, such as recordings of what sounds like clashing spoons and a beeping control board in space. The new album, however, shows the band’s growth.

They will work their way to El Paso’s Tricky Falls on Sept. 26. Although it’s more than a week away, Man Man’s frontman, Honus Honus (Ryan Kattner), talked with The Prospector.

Tell us about the band’s new album.
I think it’s great. I think everyone needs to own it.

So this new album is like a reconstruction or rebuilding of the band?
Well I just wrote the record with my drummer Chris. Which was different than bringing songs to the table and then having to bounce them off four other people or whoever. In that sense it was very refreshing. We were able to do whatever the hell we wanted.

Was it different before in the past when it came to recording? Were labels telling you which direction to go in?
No, it’s just like any other creative endeavor. There’s a lot of personalities and sensitive egos at play, including my own. Sometimes songs have too many parts and what not.

When it comes to your music, I was wondering if there’s some kind of music history that intrigues you and finds its way into your music, such as blues or something?
Um, No (laughs).

I ask because you have a horn section and all kinds of different instruments you use. It’s not a straight-forward rock sound.
I’m not a trained musician. I kind of tumbled into playing music. Man Man is my first band. I just bought a keyboard and taught myself how to write songs on it for this band. So every record is an evolution of learning how to write songs. We feel like maybe we might be hitting our stride. I wish I knew how to emulate other people. If I did I would emulate someone very successful and hopefully ride it to the bank. Unfortunately, I chose to emulate myself and I am not riding to the bank.

But the band has been around since 2003, you’ve had several albums out. So how do you keep it going and stay sane?
I think you just have to have a–it’s going to sound so unintentionally positive, by no means do I want to do that–but you just have to believe in what you’re doing and say that someday, maybe someone, somewhere, will stumble across you and get on board. This band has always been about creating its own language. I personally didn’t know how to speak other people’s language of music. It’s hard…it’s tough.
We do have the benefit of playing a good live show because there’s no fronting or faking right there. But yeah, it’s tough, but I’m lucky. I’ve stumbled across a pretty cool job.

When it comes to live shows, the band has played at Coachella and Voodoo Experience. That must be an experience to be selected out of many bands and get the opportunity to play at a prestigious event among other talented bands.
Oh, I love playing festivals because you get to reach so many new people. You can get either so many people to fall in love with your band or absolutely hate your band (laughs). I love festivals, if we only played festivals–that would be amazing. There’s a lot to be said for playing small rooms too. There’s an intimacy with this band, which is also pretty rad.

El Paso is way out here, compared to like Philadelphia. We’re different and have a different culture.
Oh, I know, man. It’s cool. We’re really psyched to play El Paso. I’m actually from Texas. I’m from Abilene. I just ended up in Philly for school and making a mistake of starting a band.

You also have a second love for film. There’s awesome movies like the Good, the Bad and the Ugly, which has a great soundscape soundtrack.
All of my records are riddled with film references at times, lyrically. On this new record there’s a song called “King Shiv.” The first line of the song is a line from the Silence of the Lambs that I’ve been trying to work in a song forever.

Okay, those are all the questions I had, is there anything you’d like to add, maybe something I didn’t ask.
Um, yeah, you’ve seen pictures of us, right?

Yeah…yes.
Do you think if I cross the border over there I’d come back? I don’t want to be hanging from a telephone poll.

No, no. I don’t think you will. Things seem to be getting better.
El Paso is safe.
Yeah, I think so.
Kristopher Rivera may be reached at [email protected]