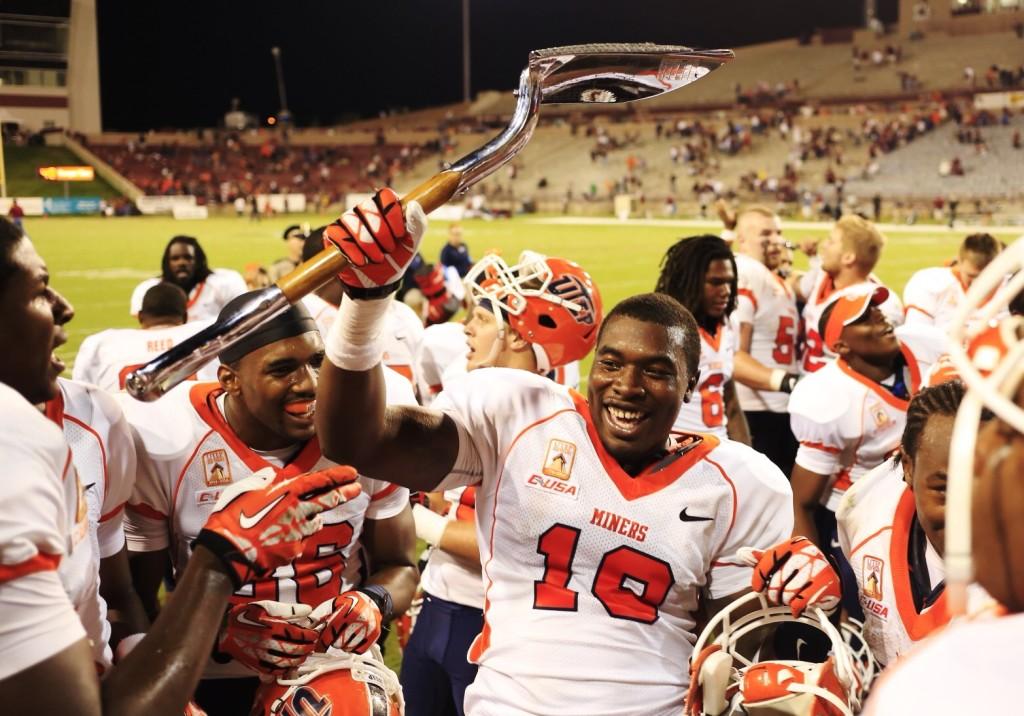 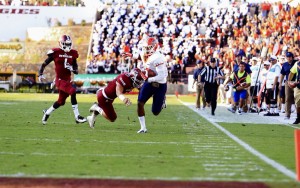 The UTEP offense produced 546 yards of offense to run past rivals, New Mexico State, 42-21 and give head coach Sean Kugler his first victory of his career.

“I’m really pleased with the defense, they held onto New Mexico State really well, I’m very proud of the way they responded and they got a couple of turnovers for us. I think we played very physical on offense for the second week in a row and we need to build on that,” Kugler said. “They did a pretty good job, especially in the second half, we ran for more than 250 yards and that is a pretty good day at the office.”

Freshman running back Darrin Laufasa had a night to remember as he ran 75 yards in nine attempts and scored his first two touchdowns of his career in the fourth quarter to help the Miners seal the victory.

With the win, the Miners have defeated the Aggies five consecutive times, the biggest streak since 1986 – 1981 when they won six in a row. They have won in their last three trips to Las Cruces.

“I’ve been here since 2009, I have beat them five times in a row and it feels great to go 5-0 on these guys,” said senior left tackle, Brander Craighead. “This is a memorable win and probably the most significant for me because I’m a senior and we gave coach Kugler his first win.”

Both offenses dominated early in the game. The Aggies fumbled the initial kickoff and the Miners took full advantage and quarterback Jameill Showers connected with senior tight end Kevin Perry for an 8-yard touchdown pass to take the lead after only 10 seconds.

After only five and a half minutes, UTEP and New Mexico State were tied at 14. It wasn’t until the end of the second quarter when Aaron Jones scored an 8-yard run with only 17 seconds left in the first half.

The Aggies were able to tie the game after freshman King Davis III connected with wide receiver Brandon Betancourt for a 72-yard touchdown pass. However, the Miners answered just three plays later when sophomore LaQuintus Dowell escaped for a 54-yard touchdown.

The Miners secured the game in the fourth quarter with an eight minute drive that concluded with a 17-yard run for Laufasa to the endzone.

“When you run the ball effectively you control the clock and that allowed us to control the flow of the game,” Kugler said. “Jameill Showers threw the ball well, the receivers did a good job and got some yards after the catch; it was a good team win on both sides of the ball.”

Shortly after, Dashone Smith got his second interception of the game and just one play later Laufasa added his second score of the game.

“The offensive line did a great job giving me time and making me feel comfortable; last game I only got hit once, today I got hit once and as long as I just get hit once I feel pretty safe,” Showers said.

“It was a great win to get just before heading into conference, I think we would have been ready anyways but the win makes it better.”

The Miners, now 1-1, will host UTSA Roadrunners on Sept. 21 at the Sun Bowl, the same day the Sun Bowl will reach it’s 50th anniversary. Kugler obtained his first win as the Miners head coach but gives all the credit to his players and acknowledges his team needs to improve.

“I’m excited about it, it’s a great team win, but we have to go back, look at the film and keep improving to get ready for next week,” Kugler said.