The Atheists use community service to expand, contribute 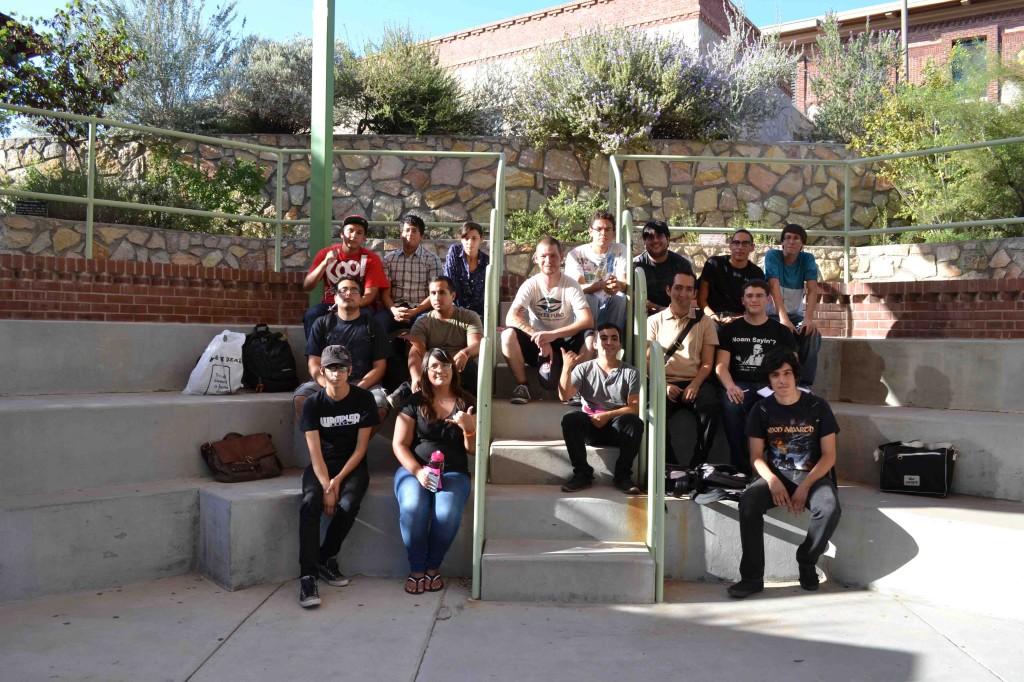 The Atheists began with Tanner Milroy after he realized there was no atheist organizaiton on campus. He decided to begin the group instead of joining the Student Government Association.

Ana Castro, sophomore math major, has been an atheist since she was in seventh grade. She said she felt out of place and uncomfortable about expressing her beliefs at that age, but has since found camaraderie on campus.

The Atheists began in Oct. 2012, when founder Tanner Milroy thought about joining the Student Government Association but realized there was no atheists’ organization on campus.

The group’s main goal is to reach out to students who have agnostic or atheistic sentiments, and provide a relatable situation where they can be comfortable without being judged, misread or scrutinized.

“When I came here, I was really surprised that they had an atheist group since El Paso is predominately Catholic, so that’s why I wanted to join,” Castro said. “I want people to know that atheists aren’t bad people, we’re not immoral, we’re not Satanists. Just because we don’t believe in God doesn’t mean we’re bad people.”

Milroy said the organization has been spending time with fundraising to try to spread awareness. The group has also been active with community service.

“I’m a big believer in (gathering) a group and finding a common thing,” Milroy said. “You not only have the responsibility to look out for the people in your group, but also the people that aren’t in your group.”

On Sept. 5, the organization held its first meeting of the school year. New members expressed why they joined, how long they have been atheists, how they think they will be accepted at UTEP and what they want people to know about the organization.

Milroy said that they are working to make their mark on campus this year by spreading awareness about their organization through community service, such as picking up trash along the Rio Grande river or volunteering at a homeless shelter. Diversifying the group is also important to him.

“The more diverse we are means the more we can grow as people,” Milroy said.
Milroy has made it clear that The Atheists are not on campus to argue or fight with other religious groups, but to coexist with them and their respective beliefs.

Adriana Artalejo, freshman pre-pharmacy major, considers herself an atheist and humanist. She said that people with commonalities are good for each other in many ways.

“I always thought it was important that if you have a group that can help you with your studies, to talk to, relate to, that could be good, so for the sake of finding similarities I joined,” Artalejo said.

Joining The Atheists requires a one-time fee of $10 for a year. There are no GPA requirements for general members. An officer position requires a minimum of 3.2 GPA and community service is required for all members.

For more information about The Atheists, visit them on Facebook at facebook.com/Th3Ath3ist or email them at [email protected]