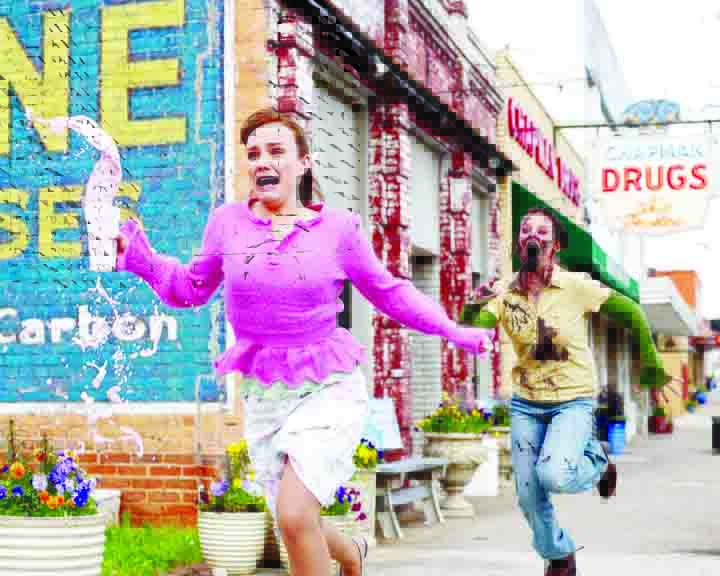 Erace3 will be staging their Running Dead zombie race on Nov. 2 at Ascarate Park.

According to Brian Guzman, spokesperson for Erace3, Running Dead El Paso is going to be an obstacle and flag race that wil gather funds for five different charities.

“Running Dead El Paso is taking on the Halloween spirit and putting on a zombie race, where the objective is trying to make it to the finish line with at least one of the two flags that participants will be given,” Guzman said. “If zombies take both of the flags, runners will not be able to complete the obstacle race and they will just be marked as dead at the end of the run.”

“This year is different because we are helping more charities and because we are expecting more people,” Guzman said. “Last year, we had a total number of 700 attendees and this year we are have a total of 2,000 people, and I think this is because we are promoting it on Channel 7 and KLAQ.”

Guzman also said that it will be a huge event thanks to the new obstacles and different events.

“The race will have over a 100 zombies, we have professional makeup artists for the undead and awesome obstacles,” Guzman said. “We will also have an after party, offering food and drinks right there at Ascarate.”

Running Dead El Paso also has many volunteer spaces open, and according to Guzman, it will be a night run, with the first wave starting at 5 p.m.

“We offer several positions such as t-shirt shops, water stations, and if anyone is interested in playing a zombie, we got that as well,” Guzman said.

Andrés Fuentes, freshman commercial music major, is anxious for the event and thinks it is a great way to attract people and help others.

“Zombies are a huge thing today. You have them all over the place from movies, video games, books and TV shows,” Fuentes said. “It is a different way to help the community, not to mention it is fun and exciting. I also want see how people will react at a zombie invasion.”

According to Fuentes, he feels confident that he will finish the race without any problems.

“This is going to be my first race ever, but I feel confident that I will survive,” Fuentes said. “Though I must admit that I don’t know how much 5K really means when running.”

Although he likes helping people, Fuentes said he wanted to participate on the race because it would be a challenge.

“I decided to participate on this race because, unlike many races, it is really different from the rest or the ones I’ve heard of,” Fuentes said. “Also, it is a night run, so it makes it so much better and adds a little more spookiness to the zombie aspect of the run.”

Monica Veleta, sophomore graphic design major, has been playing many zombie games and wanted to test her abilities.

“Lately, I’ve been into that video game ‘The Last of Us,’ so I began wondering what would happen in a real-life zombie situation and this could be sort of a drill, but for fun,” Veleta said. “Besides, I would be helping other people and myself too.”

When asked if she thought she would survive the race, Veleta answered “yes.”

“Yeah, I think I will, because I don’t think there are as many zombies as runners, so maybe they won’t come after me that often, or at least I hope not,” she said.

Leonardo Montañez may be reached at [email protected]