Boba fest comes to a galaxy near you 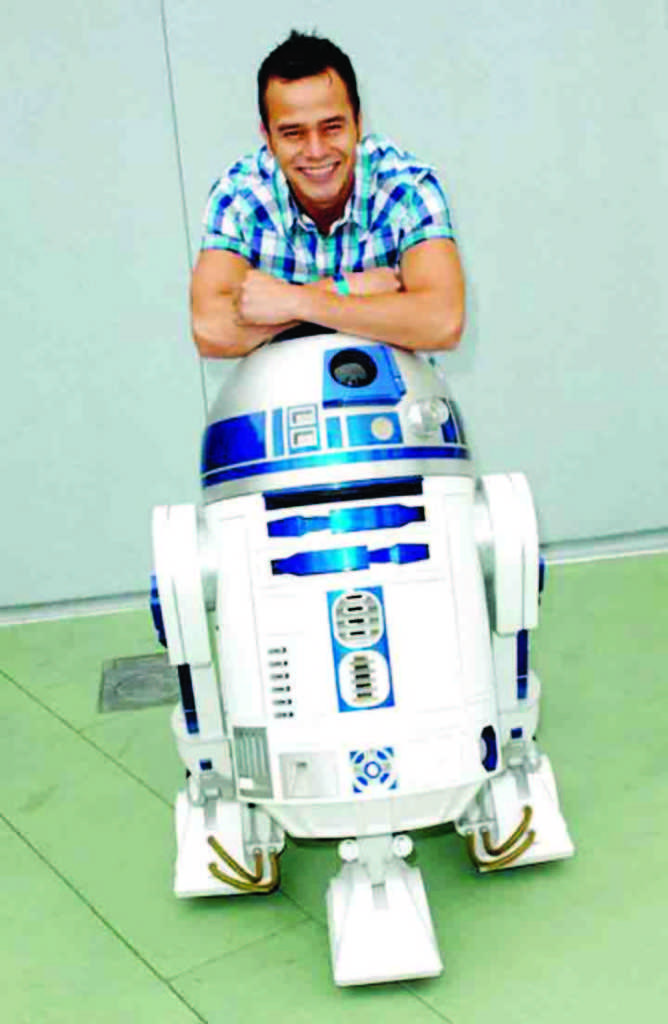 A long time ago, in a galaxy far, far away, an unaltered child clone named Boba Fett rescued his father figure, Jango, only to later witness his death by decapitation.

Now Boba Fett, the bounty hunter from “Star Wars,” arises once again in El Paso at the Boba Fest on Sept. 21.

Sun City SciFi held their first convention this past April, is presenting Boba Fest from 11 a.m. to 6 p.m. at the Camino Real Hotel for $5.

According to Ean Puhlman, Sun City SciFi promoter and organizer, this previous convention on April was able to gather a little over 1,000 attendees and hopes that it triple for next year.

“Although we are not quite an organization we are able to fund our conventions through sponsorships from local businesses as well as our own pocket expense,” Puhlman said. “We hope that in the next five years we can have as many as 20,000 attendees per convention.”

Puhlman explained how Sun City SciFi has become his family guilty pleasure, since every member is in charge of different duties and have partnered together in order to make these events happen.

“My mom and I work together as the main decision-makers on Sun City SciFi and Boba Fest, but we also have the help of my dad, who takes care of all the accounting, along with my sister, who coordinates the volunteers,” Puhlman said. “Moreover, some friends of mine have also jumped on board–one helping coordinate transportation and security, while the other one, Nacho, focuses on promoting the event.”

The Boba Fest features Daniel Logan, who played young Boba Fett in “Attack of the Clones,” the second episode of the “Star Wars” prequel trilogy.

Logan was 15 years old when the film was released and has continued his role as Boba Fett in several episodes of the television series “The Clone Wars.”

Having been involved in conventions for 12 years, Puhlman met Logan at the Roswell Comic Con, which was held in June.

Puhlman said that because “Star Wars” is widely known, it was easier to market to a broader audience, especially when showcasing a special character appearance.

“The great thing about “Star Wars” is that it’s so huge, not to mention everybody has seen at least one of the films,” Puhlman said. “Bringing Boba Fest to El Paso is not as difficult when you know the right people and have an idea of the market here.”

Puhlman, now 22, was only 10 years old when he became involved in sci-fi and said he has always loved
“Star Wars.”

“I’ve been a ‘Star Wars’ and SciFi fan for most of my life, so it always means a lot for me to be able to interact with other fans,” Puhlman said.

Puhlman is very excited for fans to come out and meet Logan; he said that they will have a great experience.”

“We got to know each other and I told him that we needed to bring him (Logan) to El Paso,” Puhlman said.

Coming from the desert world planet Tatooine, Logan may feel at home in the environment of El Paso.

“Daniel is excited,” Puhlman said. “We’ll get him some real Mexican food.”

Logan is not the only one excited about Boba Fest.

“I’m looking forward to it, especially since I haven’t been to a convention before,” said Brian Jacinto, a senior cellular and molecular biochemistry major.

Jacinto’s friend, Francisco Woo, senior electrical engineering major, jokingly suggested that the two attend the event wearing “Star Wars” costumes. A costume contest will be held at 5 p.m. at the convention, with Logan as a guest star judge.

The winner of the costume contest will receive a ticket to the weekend-long Sun City SciFi Convention March 14-16 at the El Paso Convention Center, which is expected to bring 100 artists and vendors from around the country to El Paso. Although some of these are yet to be confirmed, some may include Peter Mayhew (Chewbacca/Star Wars ), Marina Sirtis (Star Trek), Tony Amendola (Stargate), Tom Kane (Yoda/ Star Wars), David Yost (Blue Ranger/Power Rangers), Herb Jefferson Jr. (Battlestar Galactica), and Dana Snyder (Aqua Teen Hunger Force).

“Its purpose is to give fans the chance to interact with other scifi fans, meet their favorite celebrities, participating in cosplay and costume contest, play video games and just geek out,” Puhlman said.

However, don’t be discouraged if the force is not strong with you and your costume. There are more opportunities to win some prizes.

Video games tournaments are set to take place at the event. The games played will be “Call of Duty,” “Mortal Combat,” “Halo” and “Super Smash Bros.” Prizes will be awarded to winners of the tournaments.

“We hope that attendees will enjoy these events so much that they will continue coming to future Sun City SciFi events,” Puhlman said. “Everyone is very excited as the date draws near, it means a lot to see the finished project since we have all worked hard on planning it and making it enjoyable for the fans.”

For more information about how to register, volunteer or join Sun City SciFi, visit suncityscifi.com.

Admission is $5, kids under 12 may enter for free only with an adult.

Nadia Garcia may be reached at [email protected]