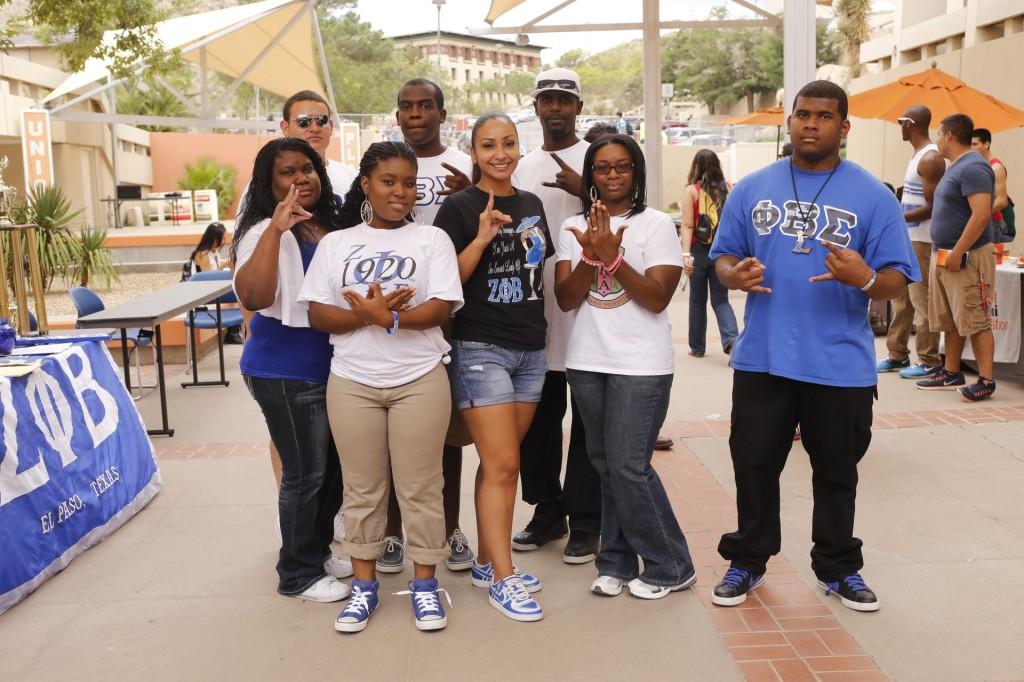 The first week of school is the prime time to attract students to join one of the many Greek organizations on campus. However, in a predominately Hispanic university, black Greek letter organizations may go unconsidered by students.

There are three BGLOs at UTEP that are part of the Divine Nine, a historic group of nine BGLOs that date back to the early 90s. A majority of these organizations were founded at Howard University in Washington D.C.

“Historically, they started off as just being black organizations,” said Courtney Becerril, senior biology/biomedical major and president of the Alpha Kappa Alpha sorority. “It wasn’t really in a discriminatory way. They originated at historically black colleges and universities. You can just imagine that the racial climate was really different at that time.  So that’s how things started, but they’ve grown and expanded into something much larger.”

The other BGLOs at UTEP that are included in the Divine Nine include the Phi Beta Sigma fraternity and its sister sorority, Zeta Phi Beta.

Although the majority of the members are black, they are open to everyone.

“We are multicultural,” said James Boyd, junior criminal justice major and president of Phi Beta Sigma. “A lot of people think we’re not multicultural but we are.”

Junior electrical engineering major Miguel Candelaria is one Hispanic student who decided to step outside the box. After speaking with members of Phi Beta Sigma and doing his own research, he decided to go through the process to become a member and joined in the spring semester.

“(Phi Beta Sigma) have in the past had members in the (UTEP) football team but they graduated or they transferred to different schools,” Boyd said. “We talk to a lot of athletes because we go out and support them.”

Their numbers in membership isn’t as vast as the other Greek organizations on campus. The Zeta Phi Beta and Alpha Kappa Alpha sororities have two members each. The Phi Beta Sigma fraternity currently has 11 active members.

“If we pledge just anybody, it’s like we don’t know who that person is,” said Isela Speights, sophomore general business major and president of Zeta Phi Beta Sorority. “If they’re trouble makers, we don’t want that reputation to reflect on us.”

These organizations build up their members on community service, scholarship and leadership skills.

“You don’t need a lot of members to have a close bond with somebody, in a sense too, it’s easier to control first of all,” Boyd said.

He also said it also allows members to get better acquainted.

The organizations will be hosting its second-annual Step Show at 7 p.m. on Oct. 26 at the UTEP Union Cinema.